I’ve drawn some maps showing the percentage-point change between the 2009 and 2014 elections in the vote share of the major parties (or, in the case of COPE, formerly major parties). Because municipal boundaries have changed a bit, I had to recalculate the 2009 results for the 2014 boundaries, by assigning the voting districts from 2009 to wards from 2014. In the cases where a 2009 VD was spread across multiple 2014 municipalities, I assigned it according to the location of the voting station.

As always, click on the map to see the full-size version. 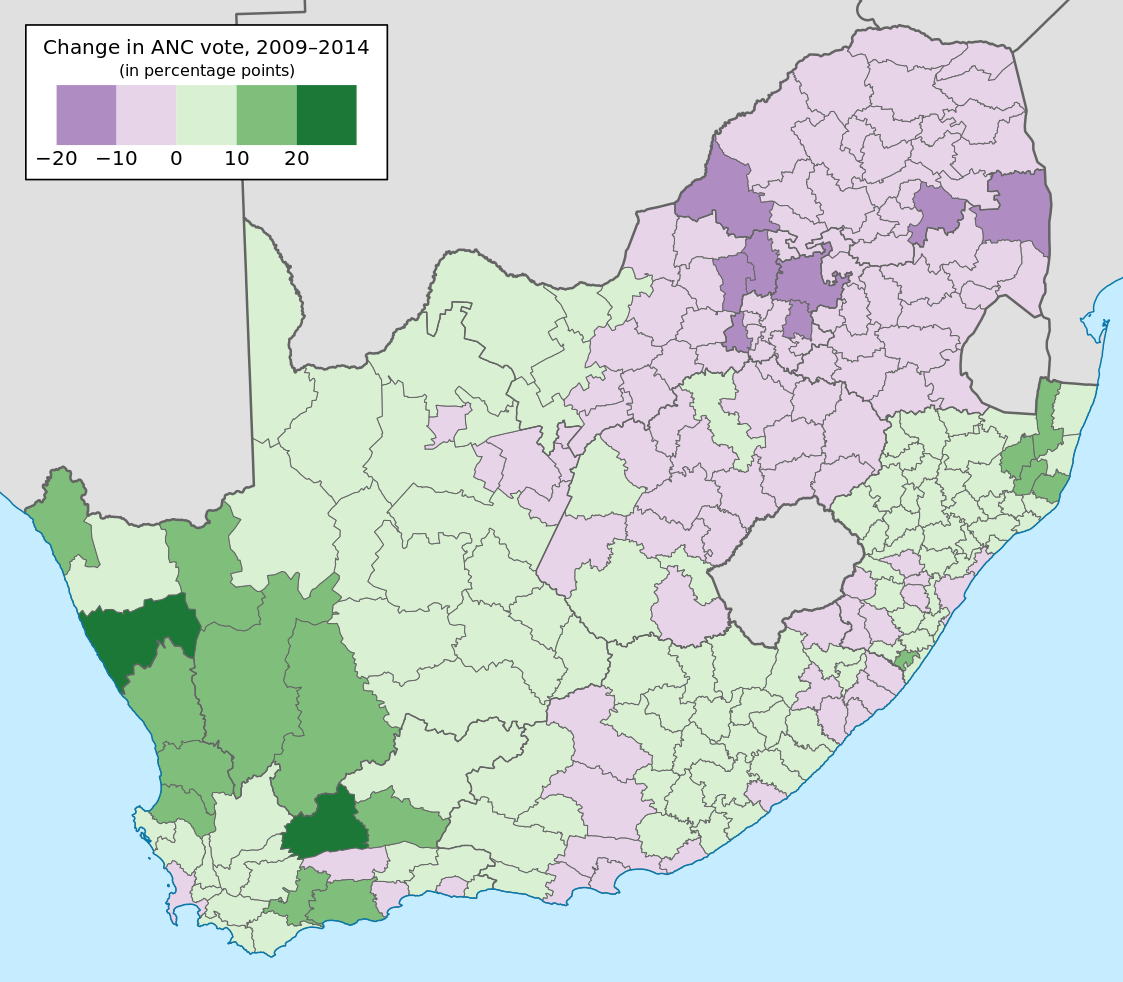 The ANC has increased its share substantially in some parts of the Western and Northern Cape; but it appears to have been at the cost of COPE or other smaller opposition parties, as the DA has also seen an increase in most of these areas (see the next map). 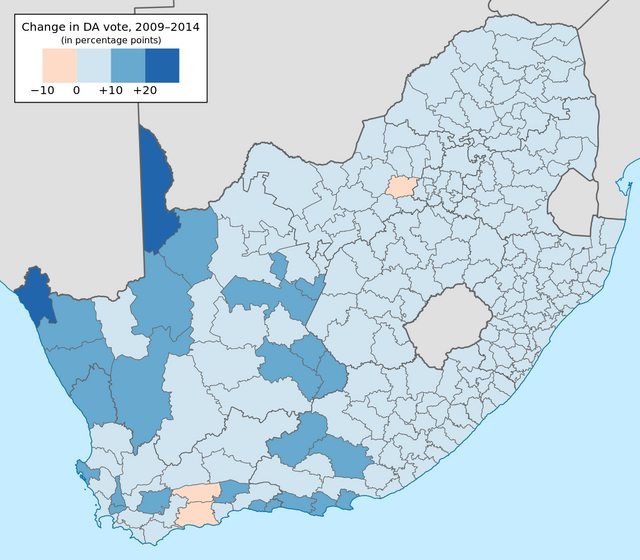 Some of the substantial increases seen by the DA are thanks to its absorption of the Independent Democrats. 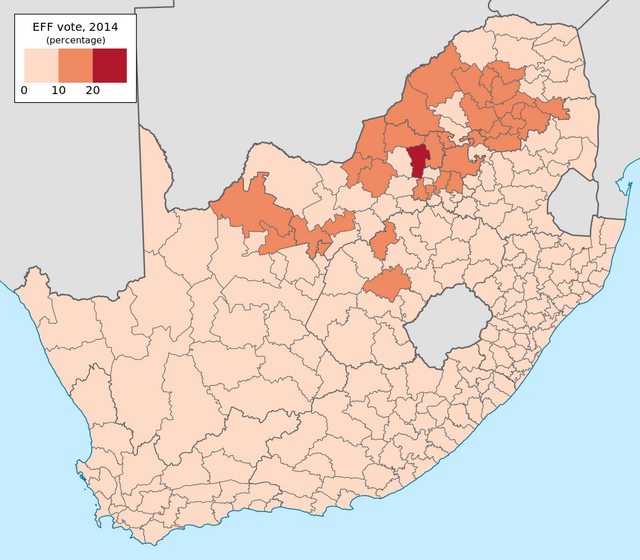 Since the EFF is a new party the map just shows its share of the vote in 2014. The municipality where it won more than 20% is, unsurprisingly, Rustenburg, where it won 20.22% of the vote.

Congress of the People (COPE) 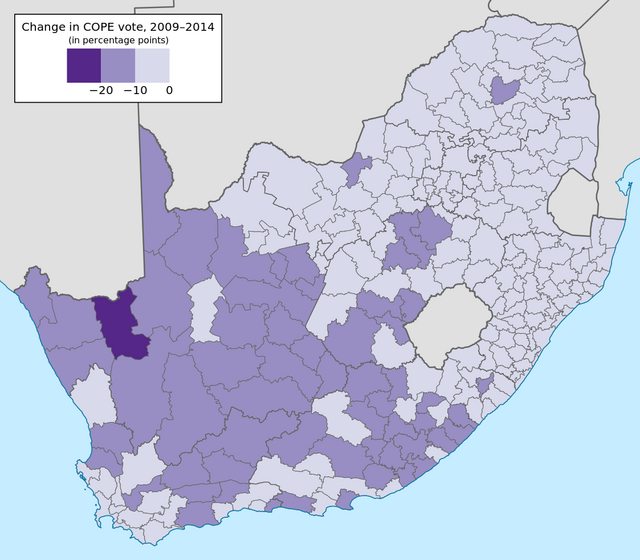 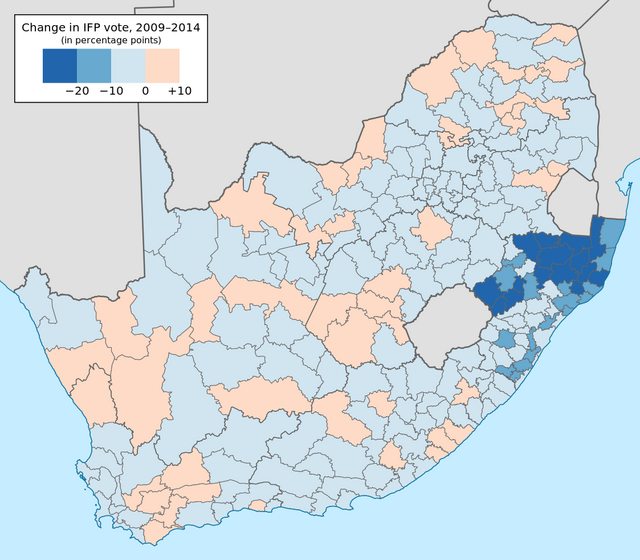 The IFP lost badly in northern KZN, shedding votes to the breakaway NFP and, to a lesser extent, the ANC. 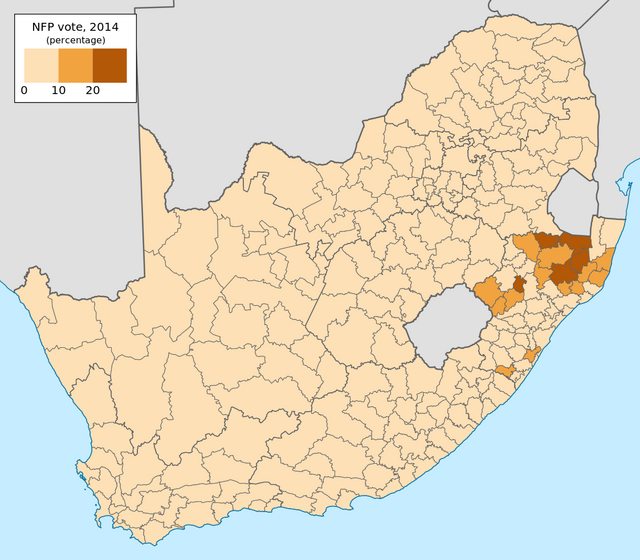 The NFP, which broke away from the IFP before the 2011 municipal elections, managed to win a substantial share of the vote in northern KZN.