The process of drawing the provincial boundaries was complicated, hurried, and rather political.[1] To defer some of the decisions to the voters, the negotiatiors of the Interim Constitution defined fourteen “affected areas” in which referenda could be held to change the boundaries. Twelve of these were areas on the edges of provinces which might be transferred to an adjacent province. The remaining two were the Eastern Cape, which might be divided into two provinces; and the Northern Cape, which might be abolished, with its territory being transferred to the Western Cape and North West.[2] These are all shown in the map below. 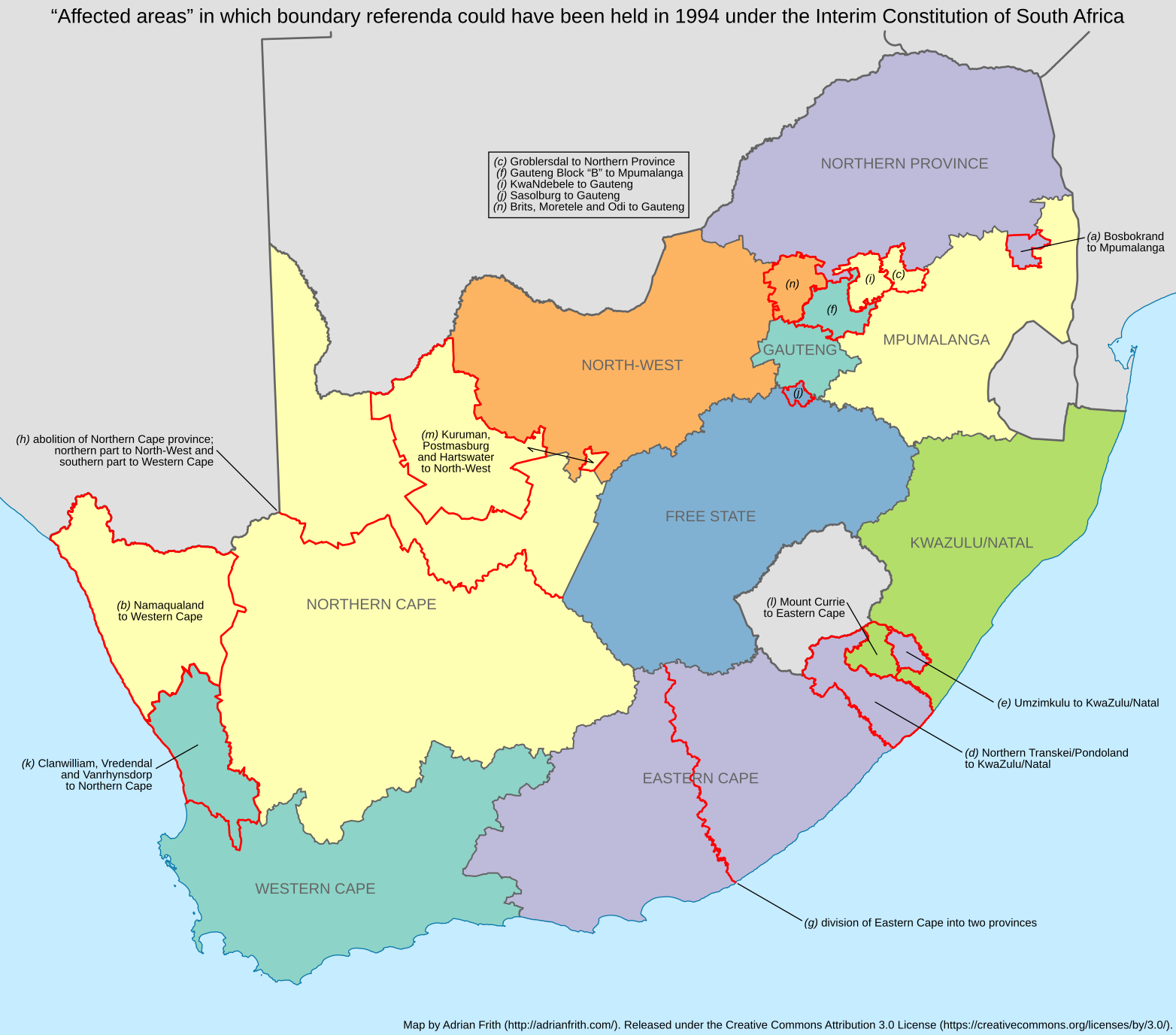 There was a deadline of six months from after the 1994 general election for petitions to be submitted requesting referenda. As it turns out, none of the areas submitted petitions with enough signatures, so no referenda were held. Had they been, we might have avoided some of the conflicts that later sprung up in, amongst others, Bosbokrand and Matatiele.