Some information about South African redditors

I took a look at the data from the Who in the World is reddit survey to see what it says about South African redditors. Only 83 survey entries listed their country of residence as South Africa, compared to 409 subscribers to /r/southafrica, so this data might not provide a complete picture.

To start off, it will surprise no-one to learn that most SA redditors are men in their twenties and thirties. 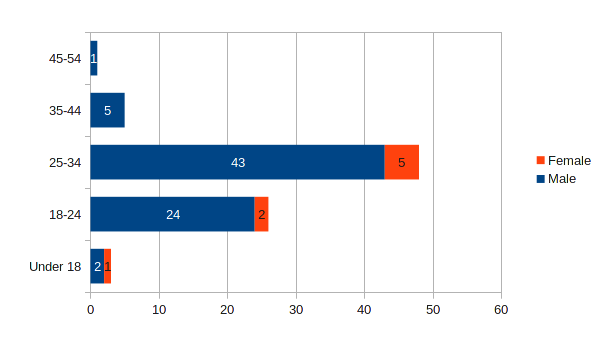 Despite the “forever alone” stereotype, just about half are in a relationship. 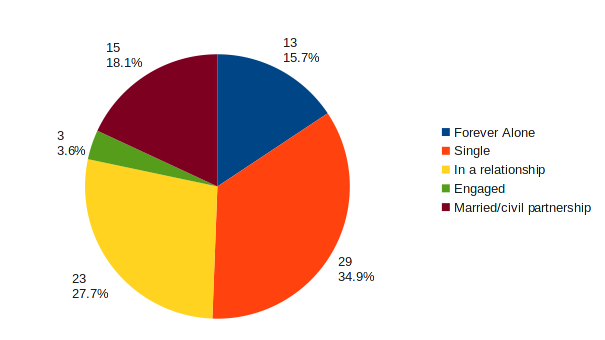 We’re a pretty well-educated lot, with almost two-thirds having some type of degree. I’m a little curious about the one associate’s degree, since I don’t think such a thing exists in South Africa. Could be an American expat, I suppose. 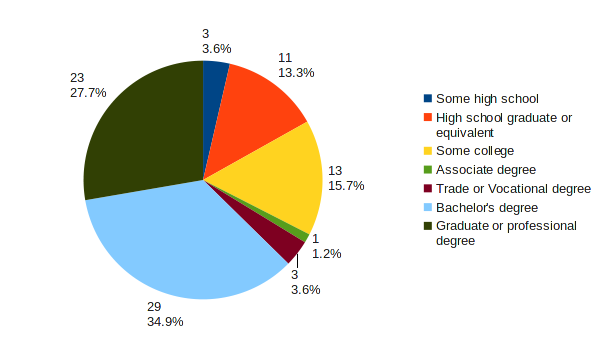 Income has quite a varied distribution. The original income ranges are given in multiples of US$20 000 — for the sake of having relatively round numbers, I used an exchange rate of seven rand to the dollar. 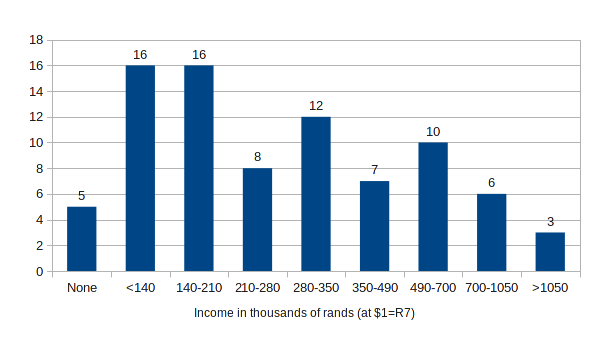 (And yes, I know this is a bad histogram, but it seems to be impossible to get Libreoffice Calc to draw a better one.)

I didn’t draw a chart of the answers to the “favourite subreddit” question, because the answers were widely varying. The top seven were:

(I counted “f7u12” responses towards fffffffuuuuuuuuuuuu.)

Finally, there are the two really serious questions. It turns out that South African redditors are mostly dog people: 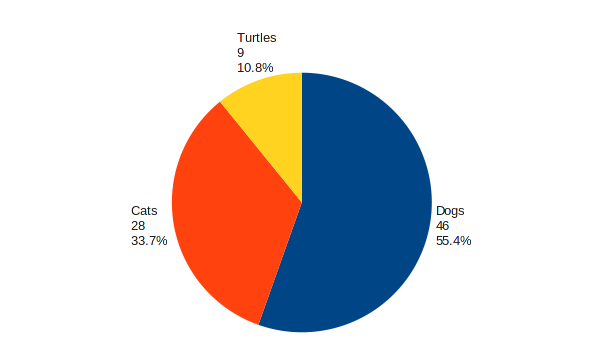 But we are a divided nation when it comes to the issue of cheese: 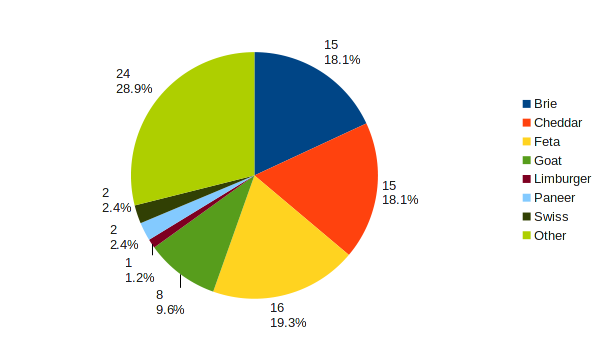