How many people live in countries where same-sex marriage is legal?

After the recent US Supreme Court ruling legalising same-sex marriage (SSM) throughout that country, a claim was recently brought up on a Wikipedia talk page that more than one billion people now live in countries (or states/provinces) where SSM is legal. I thought I’d check out the numbers, and update my old graph showing how this has changed over time.

I collected the dates that SSM was legalised from the Timeline in Wikipedia’s article, and the population figures from the Wikipedia articles on the various countries and states. The results of this data collection can be found in this Google Spreadsheet. As it turns out, the total hasn’t yet reached 1 billion; it currently sits at 917 million. The graph showing the change over time looks like this: 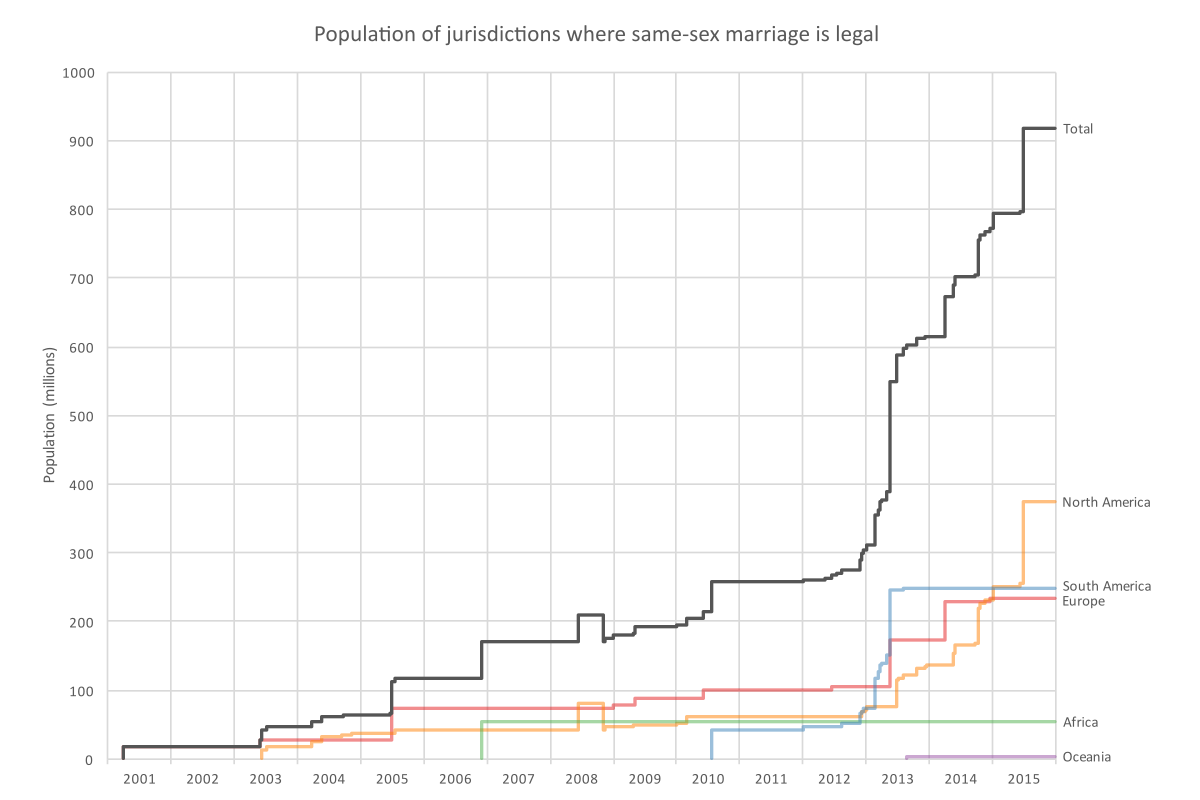 Or, expressed as a percentage of the population rather than an absolute number: 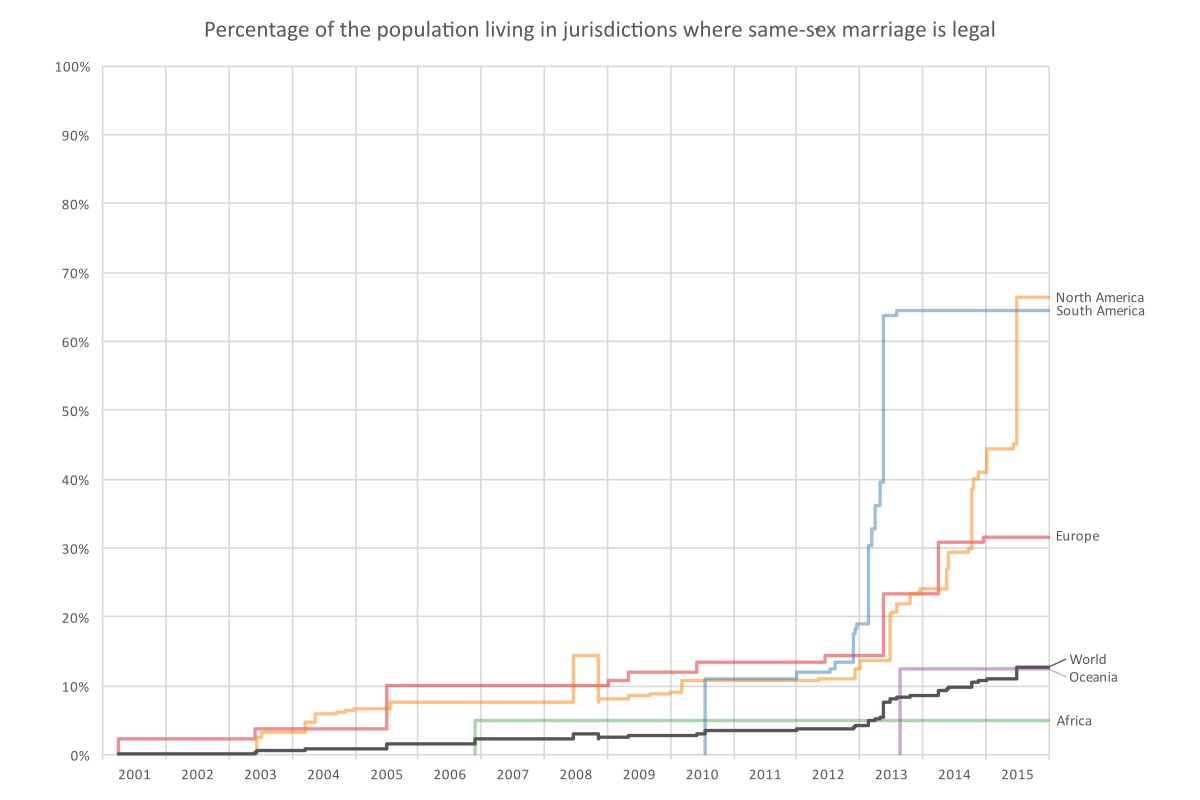 To answer a common question: the situation in 2008 where the line goes up and then back down is California. The state supreme court ruled a statutory ban on SSM unconstitutional, and then some months later the voters passed Proposition 8, which inserted the ban into the state constitution, reversing the court ruling.

There are four countries in which SSM legislation has been passed but is not yet in force: Greenland, Finland, Ireland and Slovenia. They would add approximately 12 million people to the total. The Mexican Supreme Court has also ruled same-sex marriage bans unconstitutional in principle, but further court action is required in each state to change state legislation; when that process is complete the total will surpass 1 billion.