For comparison with the 2011 census maps in my previous blog post, I’ve drawn similar maps based on the 2001 census data. There are two caveats to this: firstly, the 2001 census only made the race data available at a subplace (i.e. suburb) level, although the density is accurate to similar levels as the 2011 maps. Secondly, the 2001 census did not include the response of “Other” to the race question. 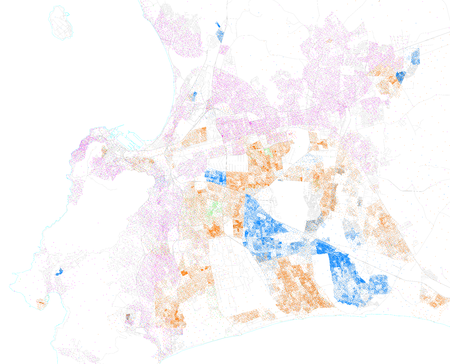 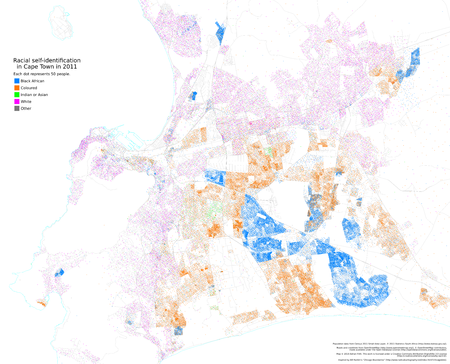 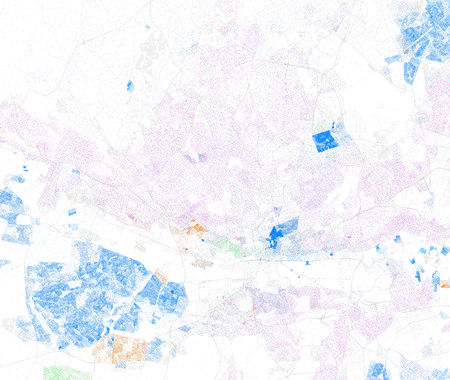 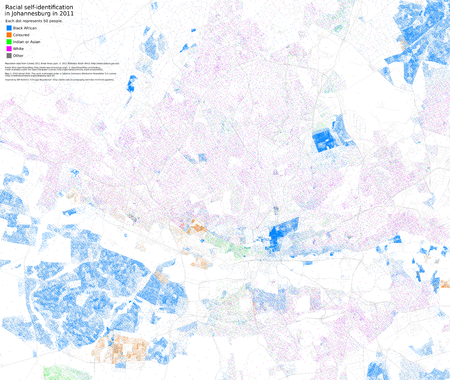 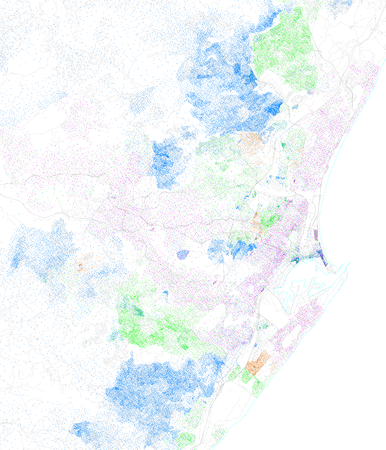 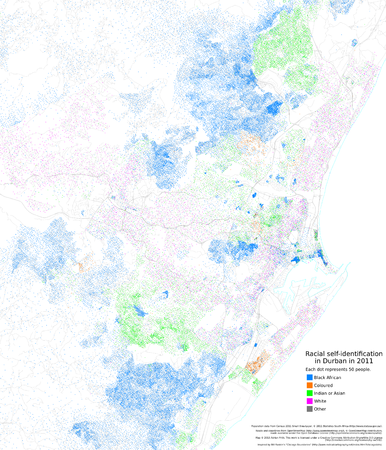 My next long-term project is to turn this type of data into an overlay for Google Maps/OpenStreetMap so that you can scroll around and see how this looks across the whole country.